Copper is a noble metal also found in its pure form, in Latin cuprum, Cu. The name is from the Greek "kyprios", according to Cyprus, as it has historically been mined in Cyprus. Copper has been used by humans since ancient times. It arises primarily from hydrothermal solutions. It occurs in igneous rocks, dunites, serpentinites, melyphyrs, etc. It is metallically shiny with a hint of red. It darkens in air. It forms crystals in the shape of an octahedron, a cube or a dodecahedron, as well as shrub-shaped, wire-shaped, feather-like aggregates, flakes, grains, boulders or pieces. They also often form pseudomorphoses. More info 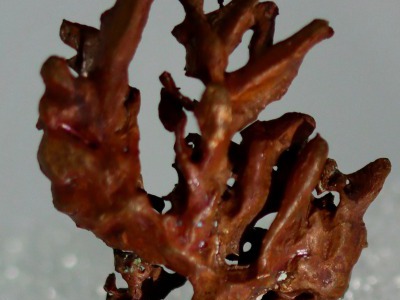 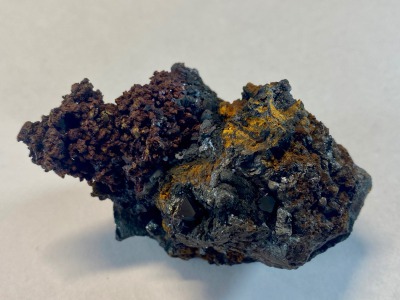 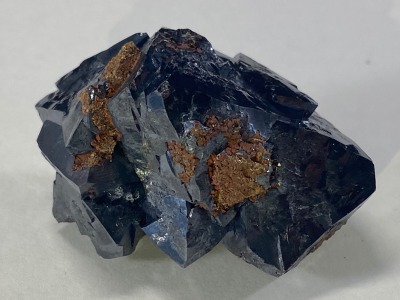 Copper (chemical brand Cu, Latin Cuprum) is a noble metallic element of reddish color, used by man since prehistoric times: in the Late Stone Age, called Eneolithic (also chalcolite, copper age), copper began to be mined, smelted and processed alongside the existing stone industries and foreshadowed thus the onset of the Bronze Age. The earliest evidence of smelting of this metal in primitive furnaces, in which date kilns or dry manure were heated, dates from the 3rd millennium in northern Mesopotamia. [2] During the Roman Empire, copper was mined mainly in Cyprus, hence the name cyprium (metal of Cyprus); later shortened to cuprum.