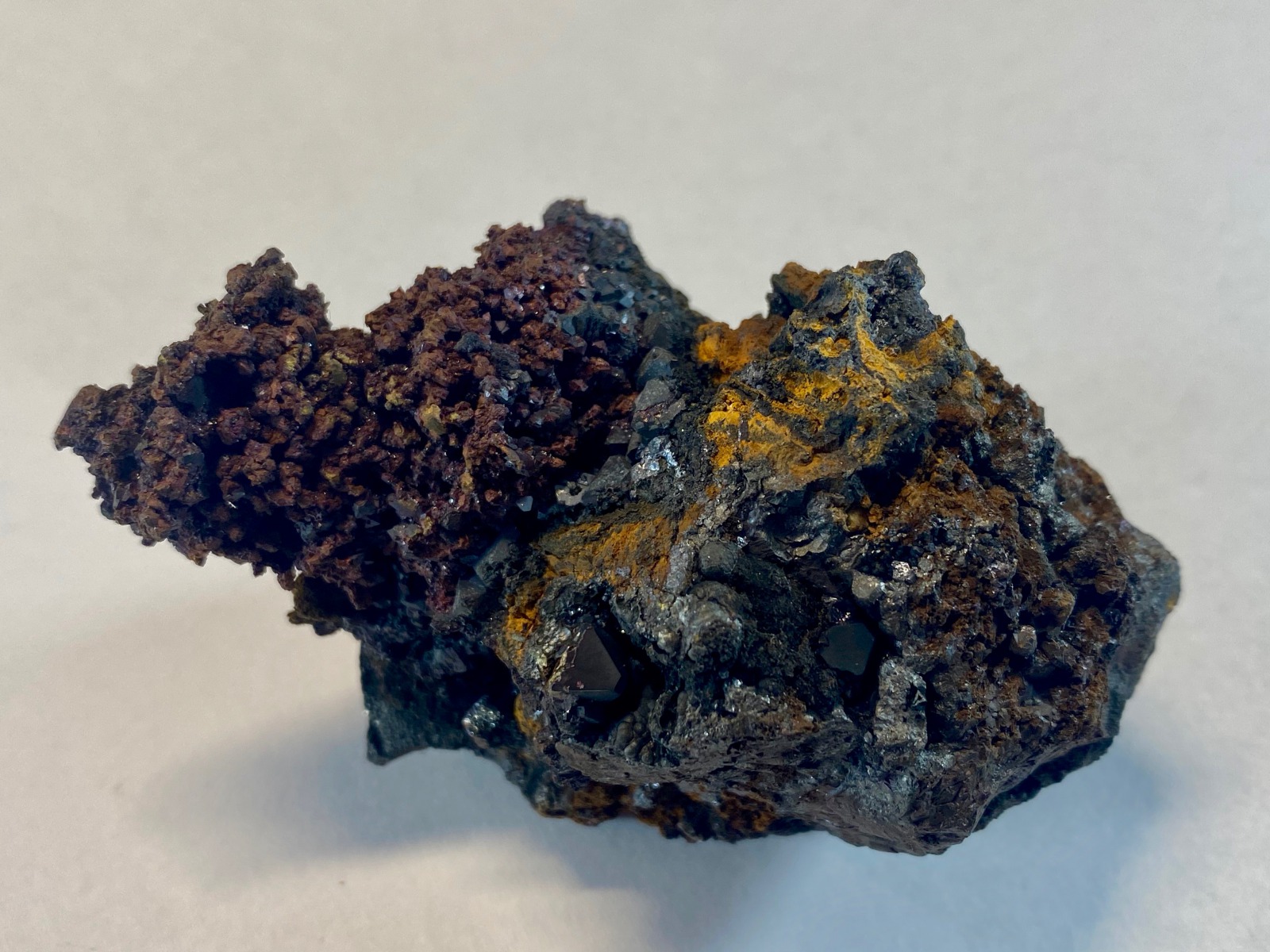 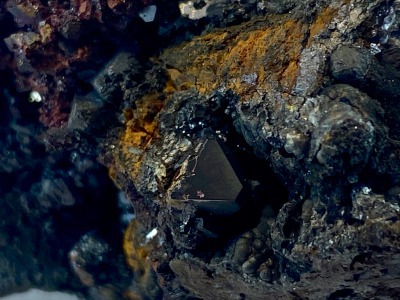 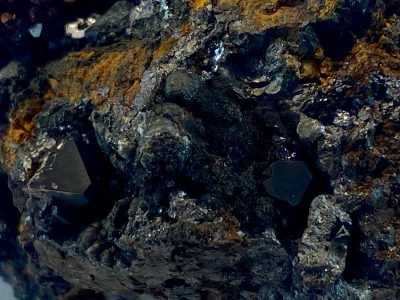 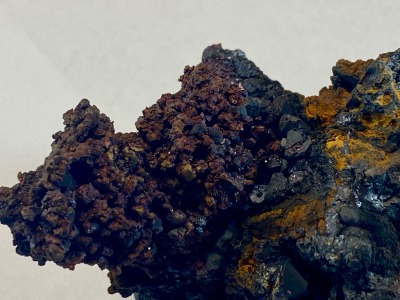 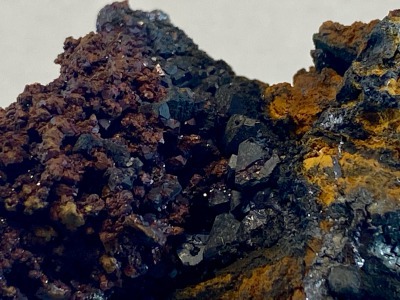 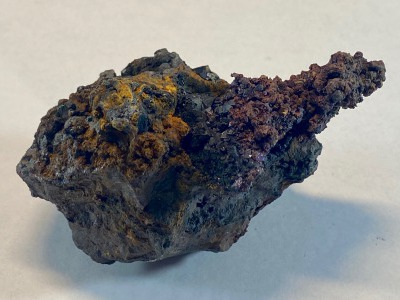 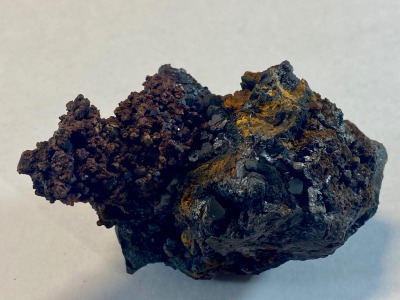 This nice specimen of copper with cuprite comes from China, Jiangxi Jiujiang from the Chenmenshan Mine deposit. Cuprite forms gray-black with a brownish tint, under bright light on the edges of dark red translucent, semi-metallic shiny, dipyramidal crystals reaching a size of up to 0.45 cm, which grow into each other and grow into copper.

Copper (chemical brand Cu, Latin Cuprum) is a noble metallic element of reddish color, used by man since prehistoric times: in the Late Stone Age, called Eneolithic (also chalcolite, copper age), copper began to be mined, smelted and processed alongside the existing stone industries and foreshadowed thus the onset of the Bronze Age. The earliest evidence of smelting of this metal in primitive furnaces, in which date kilns or dry manure were heated, dates from the 3rd millennium in northern Mesopotamia. [2] During the Roman Empire, copper was mined mainly in Cyprus, hence the name cyprium (metal of Cyprus); later shortened to cuprum.