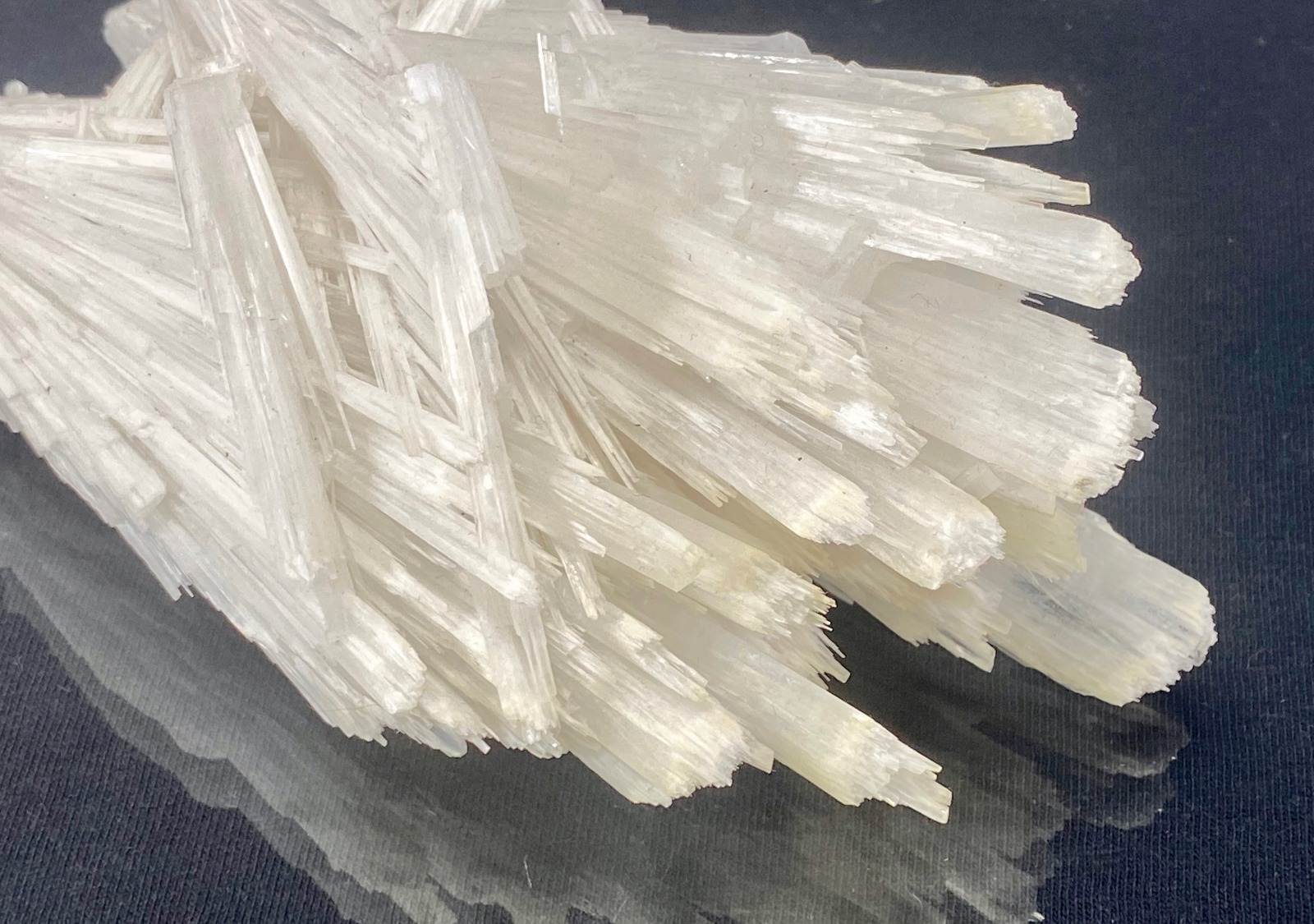 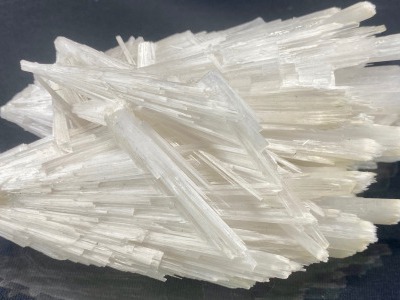 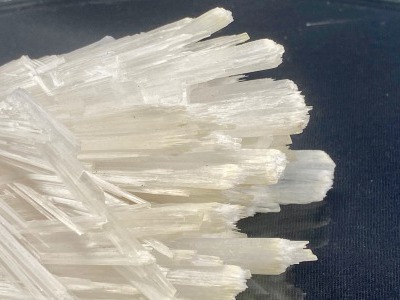 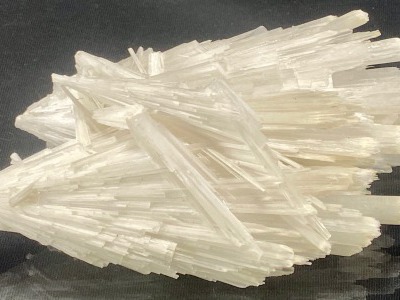 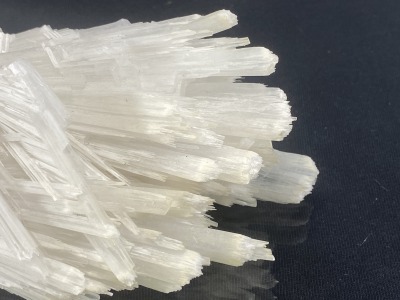 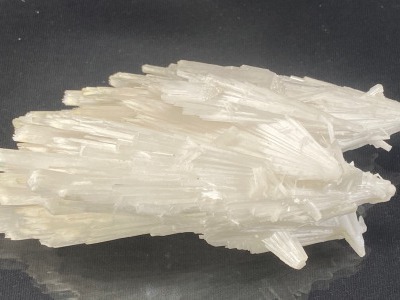 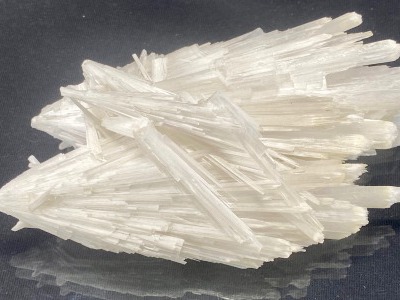 This nice specimen of Scolecite comes from India, Maharashtra from the Nasik deposit. Scolecite forms colorless to snow-white, glassy shiny, translucent, prismatic, nicely finished crystals reaching a length of over 10 cm, which coalesce into a bundle-shaped aggregate. Size of the specimen is 14,5 x 5,9 x 8,1 cm.

Scolecite was described in 1813, and named from the Greek word, σκώληξ (sko-lecks) = "worm" because of its reaction to the blowpipe flame. Scolecite is a mineral from the group of zeolites and rarely occurs together with other zeolites (apophyllite, stilbite, etc.), the most beautiful finds come from India. In contrast to the relatively well-known samples of said zeolites, scolecite occurs only rarely in the cavities and usually forms aggregates of small needle-like crystals. Nice findings of skolecite are created by druses of long acicular (or narrowly columnar) crystals, which have a characteristic snow-white to clear color with a slightly pearlescent luster (the light effect is similar to that of selenite fibers). Unlike gypsum, slag is a harder and heavier mineral. Skolecite druses must be handled with care, as they are relatively brittle (very long crystals often coalesce at essentially one point and are thus easy to break under careless handling).