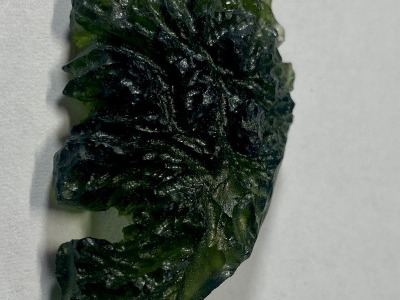 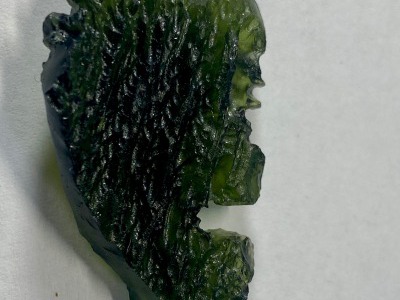 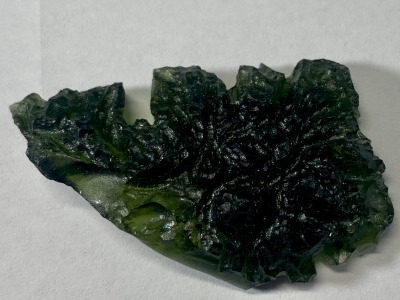 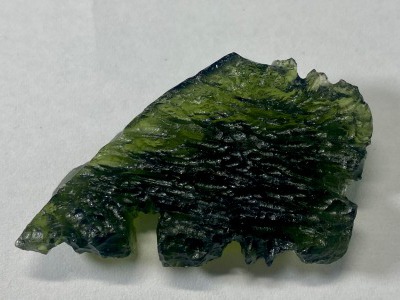 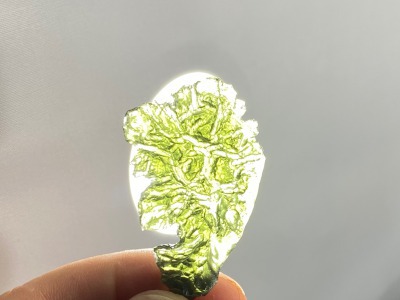 Some of the most beautiful Czech Moldavites belong to Besednice, they have a nice color, glassy luster and a beautiful structure. The specimen was find approximately in year 2010.

Moldavite is a bottled green glassy mineral formed by the impact of a meteorite. After this collision, the famous Riesky crater remained in southern Bavaria, and the impact was so strong and at such an angle that the molten mixture of rock and part of the meteorite sprayed all the way to today's southern Bohemia. And there, due to the sandy subsoil, today's moldavites formed. Moldavites have a diverse structure reminiscent of Šumava forests and dark forests. The structure of moldavites is technically called a sculpture and differs according to the location of the find. All moldavites come from southern Bohemia, however, the stones from Chlum have a finer structure, while the moldavites from Besednice are shaggy and similar to hedgehogs.