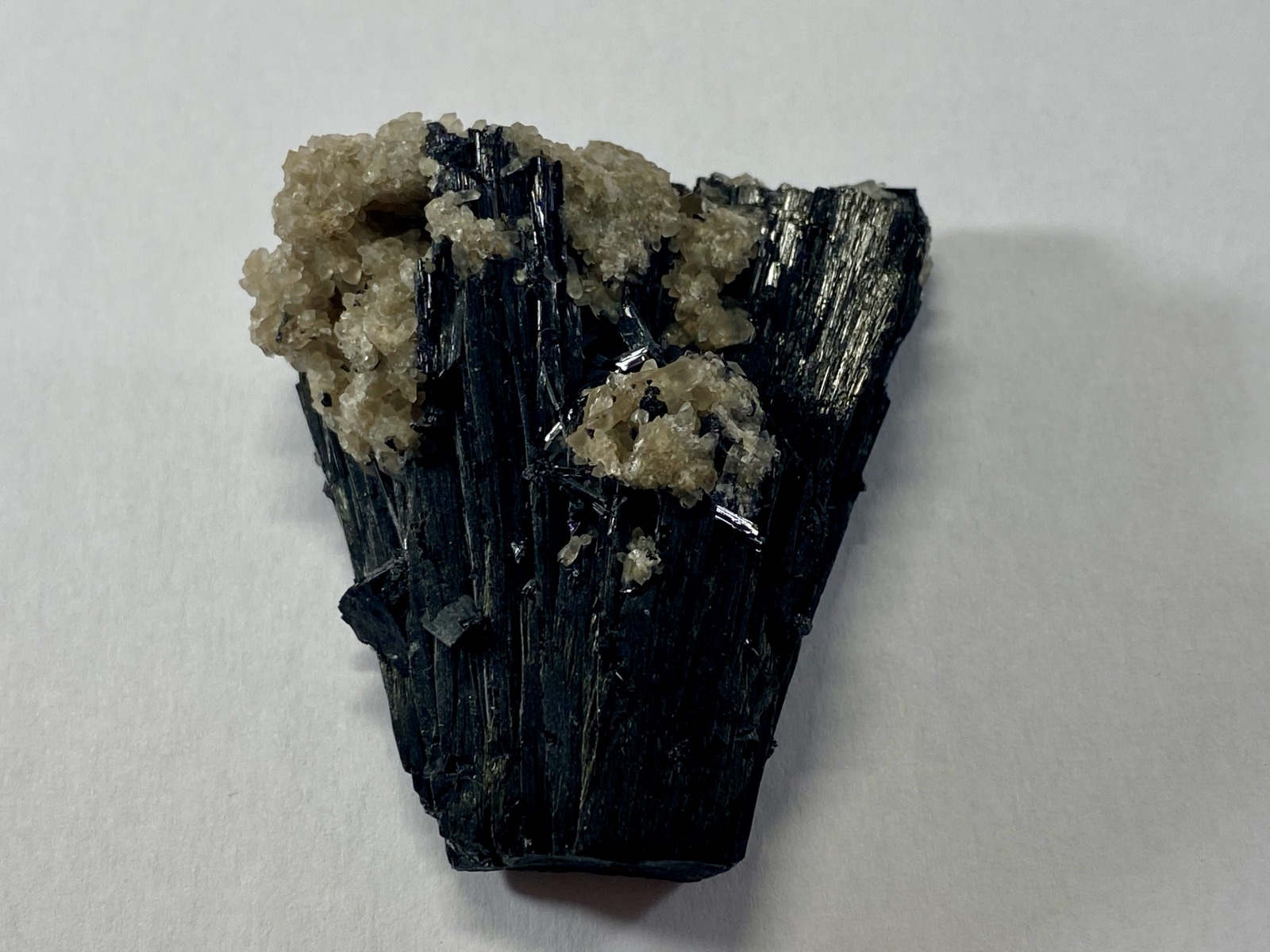 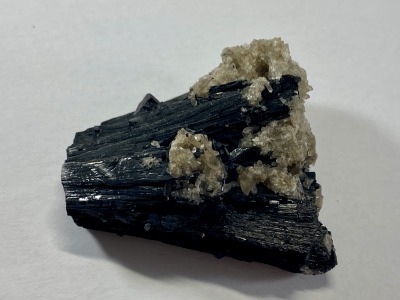 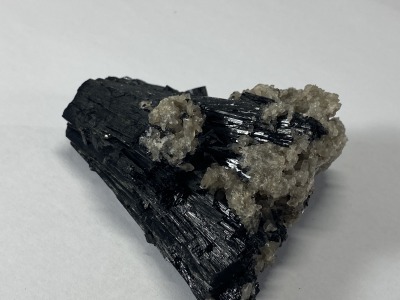 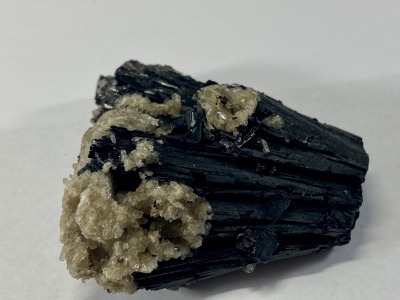 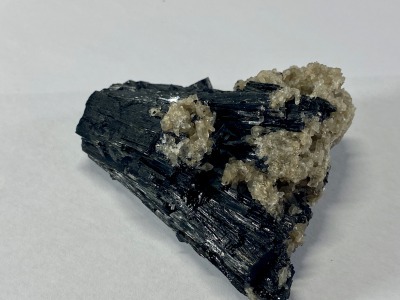 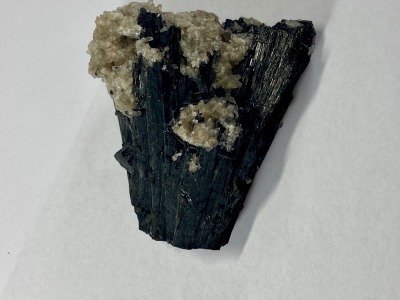 Schorl comes from the classic Canadian site Emerald Lake. Schorl forms black, dull shiny, opaque, elongated crystals that coalesce into a fan-shaped aggregate. Schorl crystals reach a size of up to 59 mm, which they overgrow.

Schorl is the most common variety of tourmaline, the formula NaFe2 + 3Al6 (BO3) 3Si6O18 (OH) 4. The name is according to the place where it was first described, ie Zschorlau (Schorl) in Germany. It is a relatively abundant mineral occurring mainly in pegmatites, granites, and sometimes in hydrothermal veins. The color is black, it is in the form of small crystals to large meter-shaped columnar crystals.