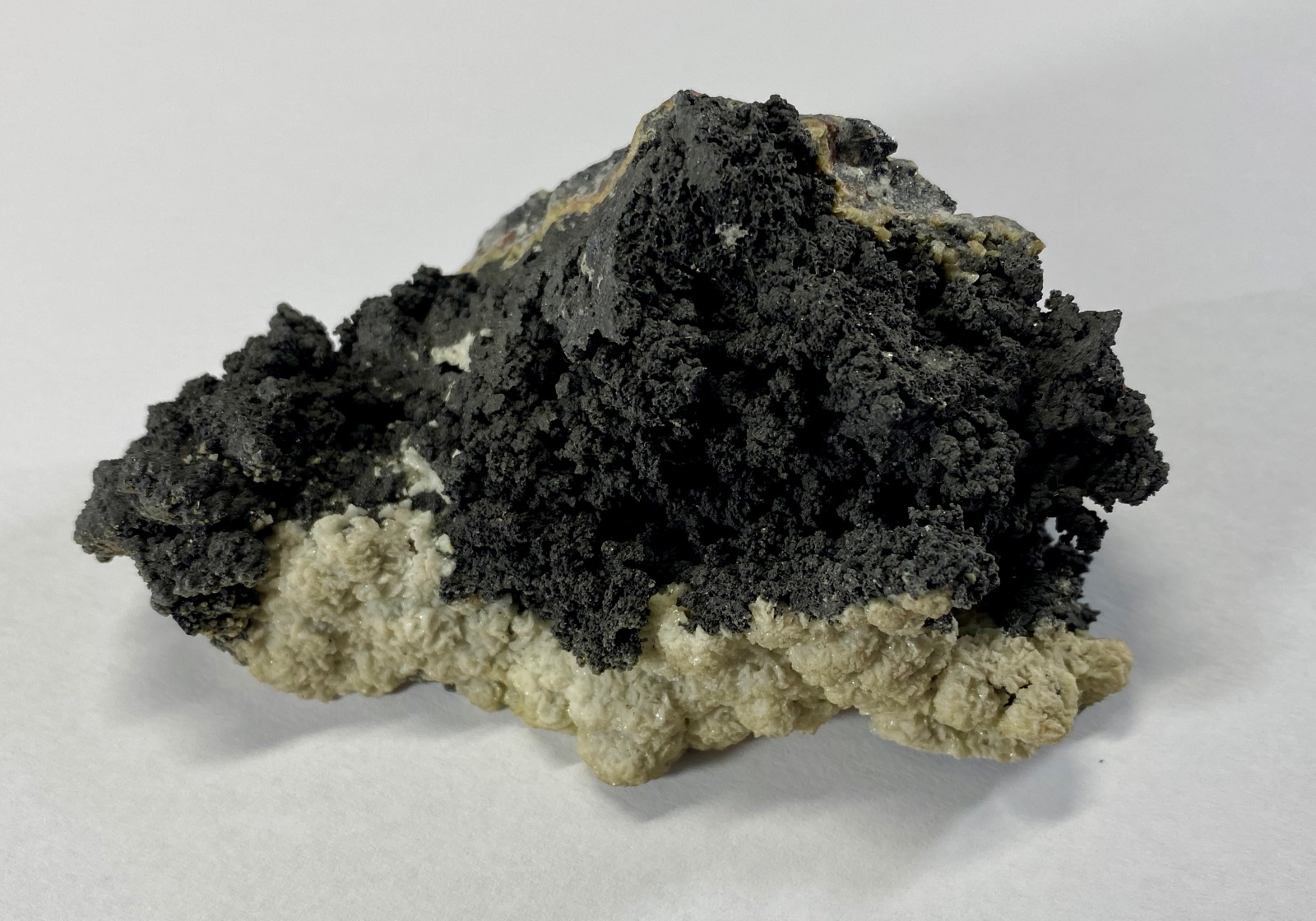 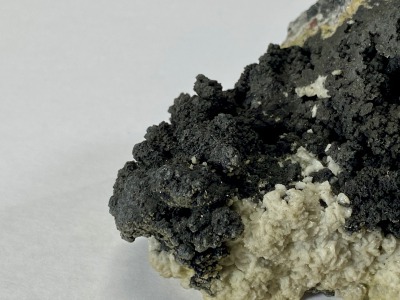 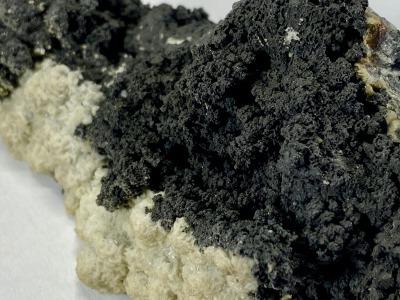 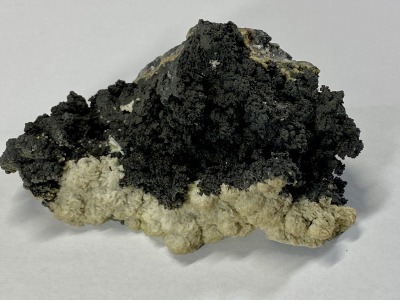 This specimen of Arsenic comes from a classic locality in Příbram. Arsenic forms gray-black, matte, opaque, warty and stalactite aggregates that grow on the substrate.

Arsenic is a semi-metallic element, chemically As. The origin of the name arsenic is according to the Greek Arsenikon, lat. Arsenicum - golden color. Metallic arsenic is non-toxic even though it is known as a toxic element. Arsenic compounds are toxic. Arsenic is tin-white on the notch, but later grayscale and black. It is a relatively rare element in nature. In rocks it occurs as an admixture in ores Ni, Co, Sb, Ag, Fe.