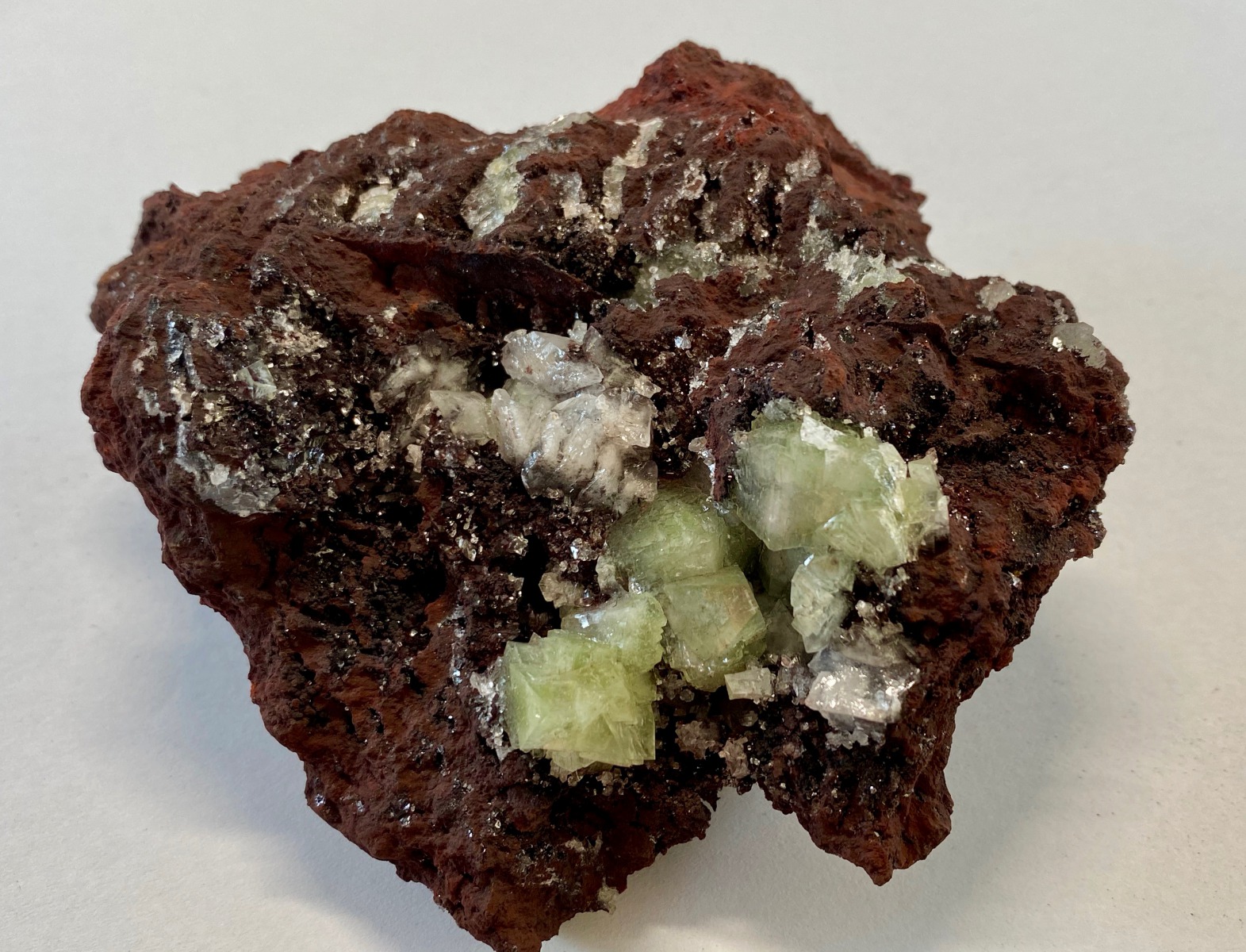 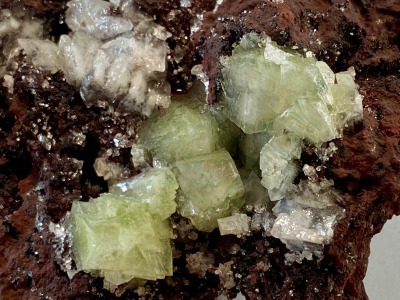 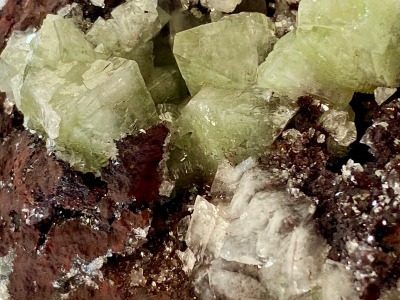 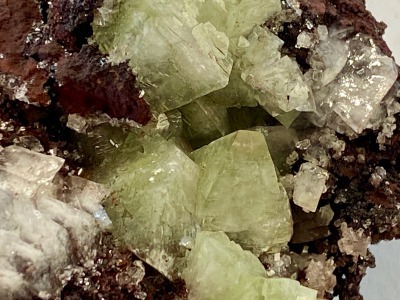 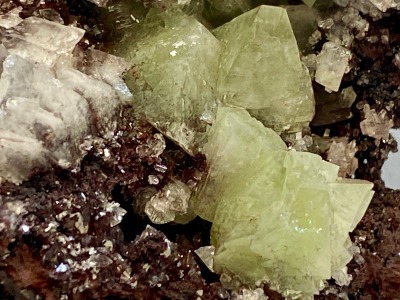 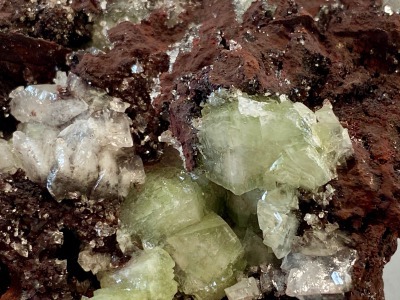 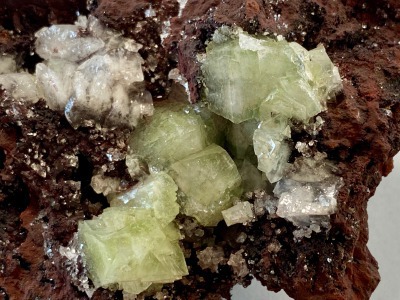 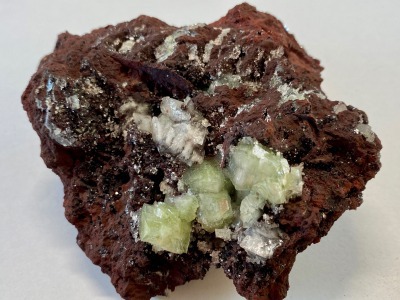 This specimen of adamite comes from Mexico from the Durango area of Mina Ojuela. Adamite consists of light olive green, yellowish, glassy shiny, translucent, elongated crystals reaching a size of up to 1.4 cm, on a limonite mat, which grow into each other and fill a small cavity.

Adamite, the chemical formula Zn2 (AsO4) (OH), is a mineral from the arsenate group. It was named in 1866 by Charles Friedel, who named it after Gilbert-Joseph Adam. Adam worked as a finance auditor for the French government. He was very rich and owned a large collection that was used for many discoveries of new minerals, including adamite.